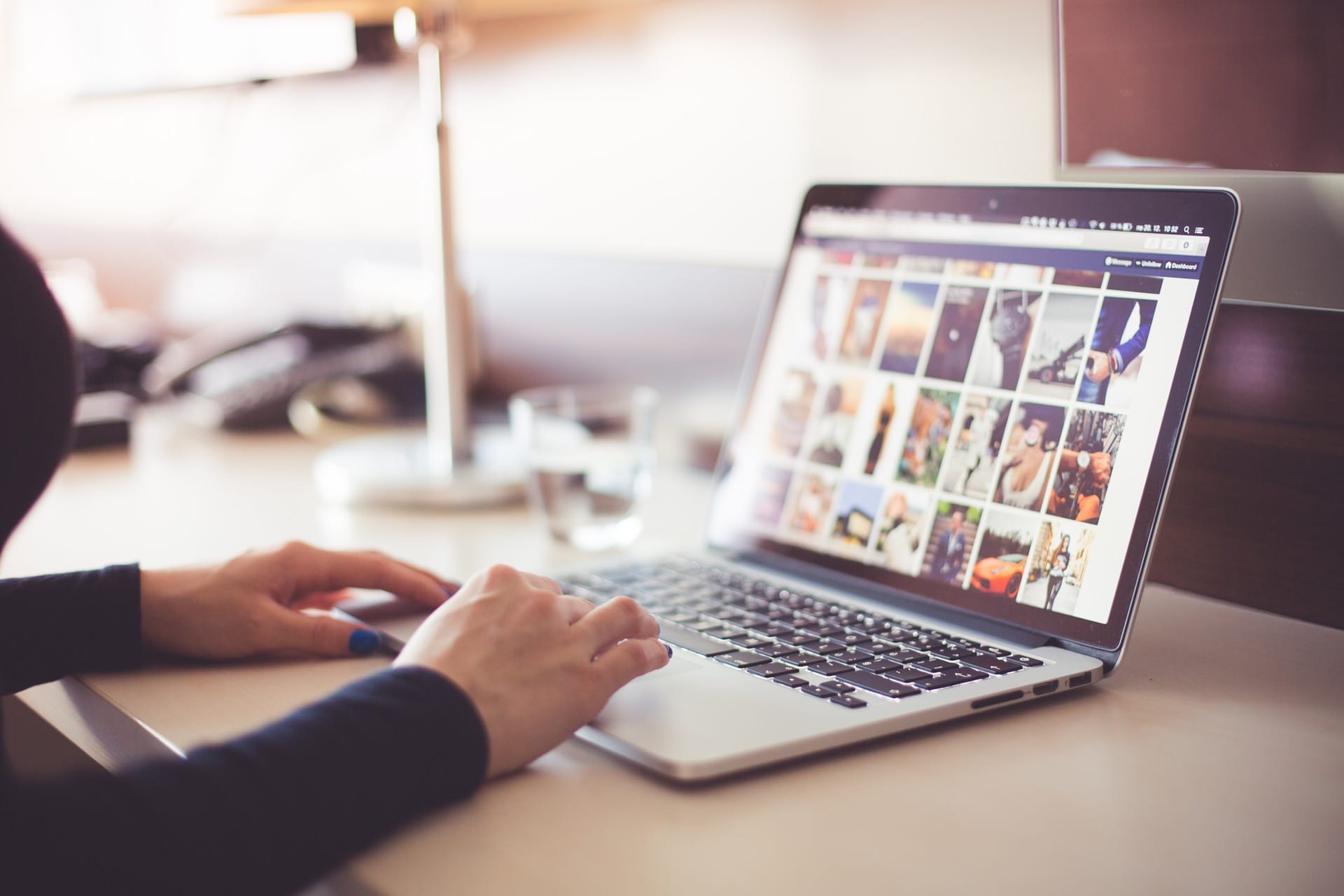 There’s nothing we love more than impressing our clients.

Below are some testimonials from past clients to give you an idea of what you can expect when you work with Penalty Pros. Contactable references are available on request.

Stratos Jets received a manual penalty from Google for a link profile that was not compliant  with their guidelines and best practices.  For several months, we worked with a company to help us unwind the penalty.  After multiple submissions and no relief from the manual action, we hired Penalty Pros.

Within 1 month of hiring Penalty Pros, they took over the clean up our link profile filed a request for reconsideration.  With our first submission, our penalty was lifted.  We feel confident that Penalty Pros will help us to maintain a link profile that is 100% compliant with Google’s guidelines and best practices.

I was very impressed with the work Derek and Penalty Pros did on my website which had received an unnatural links penalty due to work that a previous SEO company had done years ago.

After months of not being able to reverse this I contacted Derek and he was able to quickly get me a quote and gave me timeframes on when the work would be complete. These timeframes were met and I received a full audit of the links pointing to my site detailing the value of each and every link.

Penalty Pros kept me informed of what had been done the entire time. It couldn’t have been two weeks before I received an email from Google telling me that they had lifted the manual action penalty. The rankings soon returned and I have had no problems since. The entire process took around three weeks from contacting Derek to receiving a penalty lifted email from Google.

I would highly recommend Derek and his services.

To Whom It May Concern:

I would recommend WITHOUT HESITATION PenaltyPros.com to get your Google Manual Penalty removed!

We found Derek on the web and he was a joy to work with. Despite the time difference between South Africa and the eastern US, Derek was always available for questions and incredibly responsive on email.

Of course you are thinking, yeah, but this guy is in SOUTH AFRICA – if he’s a crook, we’ve got no recourse. And so we set up a Skype meeting with Derek and I would encourage you to do the same. Within minutes you’ll see like we did that Derek is poised, professional and extremely knowledgeable about all the issues surrounding a Google Penalty. In fact, after our Skype discussion, my business partner said, “Wow, it looks like Derek’s seen this movie a hundred times…”

As promised, within two weeks after the start of the engagement, Derek sent us a manual review of the 3000+ domains pointing links at our site. We spot checked it and found that it was very thoughtful and carefully done. In every case that the recommendation was made to remove the link, we clicked through and could see why. Sometimes it was obvious, and sometimes not so obvious, but in every case, we thought that it showed very good judgement.

Upon giving Derek the green light to proceed with the reconsideration request, it was exactly SIX SHORT DAYS before the beautiful notification came though Webmaster Tools that the penalty had been revoked!

All through our dealings with Derek, at times it sounded too good to be true – he’d say things like, “yeah, we are actually on our tenth site in a row now where we’ve gotten the penalty removed on the first reconsideration request” or my personal favorite “we have a 100% success rate in getting penalties removed”.

I AM A BELEIVER!

“You’ve done for us what you said on the packaging! Penalties lifted in 3 weeks from the day we contracted you. Thanks Derek!

A year ago we had 176 Google page 1 keywords. Six months ago we dropped off the edge of the world. Now we are looking forward to getting back on top again following your help in removing Google penalties.

With all the hype around anything to do with SEO its great to find a company that delivers what it promises.”

“I will admit we were very skeptical at first.  The workload to get our penalty removed seemed like Mt Everest, and after working on our disavow list for several weeks I decided to turn it over to Penalty Pros.  Now I’m kicking myself for not going to them sooner.

Derek is a Pro, hands down.  He had our 4,000+ links analyzed, organized and streamlined in just under 2 weeks.  It’s been 2 weeks and 4 days since he submitted our reconsideration request.  Today our manual spam action was removed!  Now we’ll be back on track to make the $60k-$80k/month we lost because of this penalty!  Thank you Derek and Penalty Pros!  I love your service but I certainly won’t share it with any of my competitors lol.  You’re just too good!”

“Both of our locations in Texas were hit by a Google update for unnatural links resulting in complete removal of our listing from the first 5-6 pages. This had catastrophic results in terms of traffic and thus business for our companies.  After reading a lot of blogs and articles on this issue, I found a terrifying trend that it could take weeks, months, even years to get the penalty revoked. After calling Derek at Penalty Pros, I was relieved to find out this was something they specialized in.

Their price was lower than others I came across, and they had a more firm estimated time of recovery with a proven track record versus others I called in the U.S. I did have some skepticism, working with an out-of-country organization, but I took the leap of faith and was very pleased with the results. Our first company’s block was revoked within a few days, and we were almost back to full ranking within 7-15 days. And we’re even seeing some stronger activity than before.

Our second company took a little longer to get revoked, but we are now fully up and running again. I definitely recommend Penalty Pros…they did exactly what they said they would, in a short amount of time and provided excellent feedback in regards to helping us button up our website, third party listings, and so forth. Great job Penalty Pros!”

“I was initially sceptical due to the low price of the service, and the claimed turn around time seemed too good to be true, but Derek was great so I proceeded with my fingers crossed.

Exactly 42 days after I paid Penalty Pros, my low expectations were blown away after receiving a screenshot from Derek  of the Webmaster Tools “manual spam action revoked” message.  Just to be sure I checked GWT myself and then knew Penalty Pros was the best service I could have found for the job.

I feel lucky, and I have someone to count on if ever hit by another dreaded Google penalty. “

“Penalty Pros do exactly what they say they will do. Did the backlink analysis quickly, sent us an easy to understand spreadsheet of what they thought we should remove/disavow, then created the disavow file for us. We filed it and got a year-long Partial Match Google penalty removed in about 30 days.

Our rankings have been restored and we are very happy. Recommended if you need a penalty removed; they know what they are doing!”

“We used Penalty Pros to lift our Google manual penalty. They stayed on the task until completed through two reconsideration requests and they were able to get the penalty completely removed.  They were professional and up to date with communications which I greatly appreciated.”

“Penalty Pros acted in a very timely manner and had our penalty gone in about 2 weeks. We’ve since went from page 2 on Google for our biggest search term to the first page. Highly recommended!”

“It was a pleasure working with Derek and despite a first recon being declined, we were able to get our Google penalty lifted.  The communication was superb and the quality of the work speaks for itself.”

“My site got penalised with a Manual Action by Google claiming that I had unnatural links on it. Following Derek’s advice (which he kindly gave for free), I made some changes to some of the posts on my blog and submitted a reconsideration request. A few days after that Google revoked the Manual Action. Thank you Derek!”

With a two year manual penalty on our site and a few serious attempts at removing the penalty, it is fair to say that you were something of a last chance saloon.

Your record seemed “too good to be true” but after a little due diligence we took a punt and to be honest, I’m not sure whether I’m more pleased or surprised at this moment having just heard that the penalty has been lifted!

We were very satisfied with the service provided by PenaltyPros.com. They were able to have our manual penalty removed as promised and did so in a quick manner. The communication was great along the way, giving us the confidence that the goal was going to be achieved. I would recommend them to anyone who is serious about getting their Google penalty removed.

Ready to get your penalty lifted?

Get in touch with Penalty Pros today – simply pop us an email on hello@penaltypros.com and we’ll quote you in a flash.

Some of our clients. 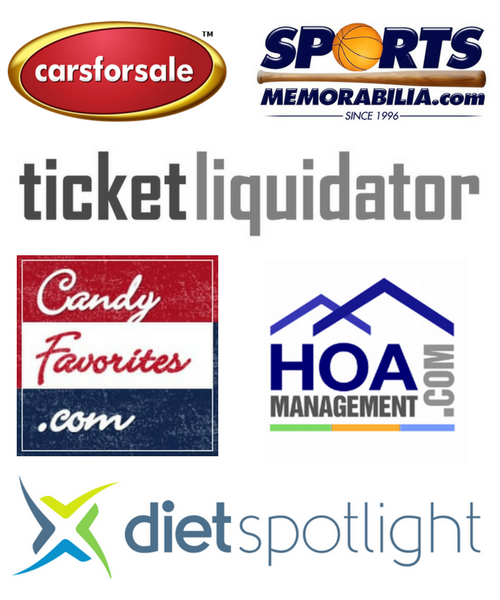